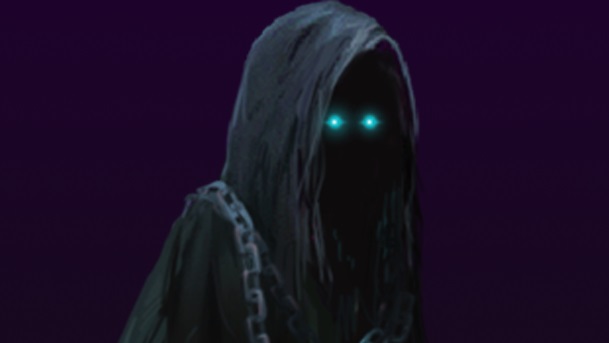 A new order of religious zealots has taken up occupation of a once-derelict temple out in the wilderness. Though people have been warned not to venture near the temple, sometimes curiosity is too much to bear. The zealots wear black cowls that hide their identities, but people who look at them get a sense of something darker underneath. What does someone see if they get a glimpse beneath the cowl?

Just as important as seeing what lies beneath the cowl is finding out why these zealots are hiding their faces.
No one has seen the zealots’ faces while they’re wearing their cowls, but that isn’t to say that they haven’t been seen in the area before. You could write about someone who realizes that one of the zealots is someone they know.

How does the zealot react when they are seen?
Is there a reason behind hiding their identity that would make the zealot hide their face?

It’s possible that there’s a reason the zealots wear the cowls to hide their face. Write about an unfortunate circumstance that befalls the viewer.