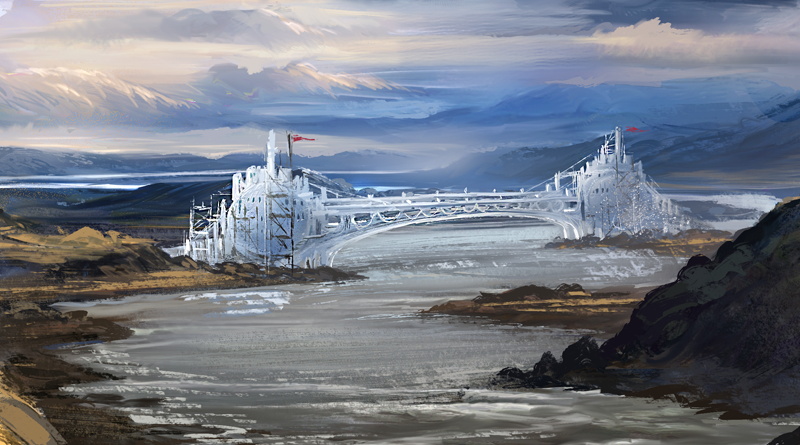 Two countries separated by a wide gulf have committed to a monumental undertaking: a lengthy bridge that will connect the two kingdoms. Write about either best or worst day during construction of the bridge.

You can tell your story from a great deal of perspectives: one of the rulers; a construction foreman; a front-line worker.
The bridge could be as beautiful as it is functional. Maybe at the midway point there’s some attractive shrine or statue.
It could also serve as more than just a bridge. Perhaps it serves as an immense harbor for the two kingdoms, and allows for better maritime control.

If you’re writing about the best day, are there celebrations? Is there a general feeling of relief or great pride?
If you’re writing about the worst day, what kind of long-term effects can be felt? Do either of the countries take the blame?
What is the primary reason the two countries wanted to connect their nations like this? Is it primarily a new trade route, or are they sharing other kinds of resources, like troops?
Does one side push for the bridge more than the other? Does one side offer more workers?

Write about someone’s experience with the bridge who is not directly associated with its construction—yet somehow it is important to them.