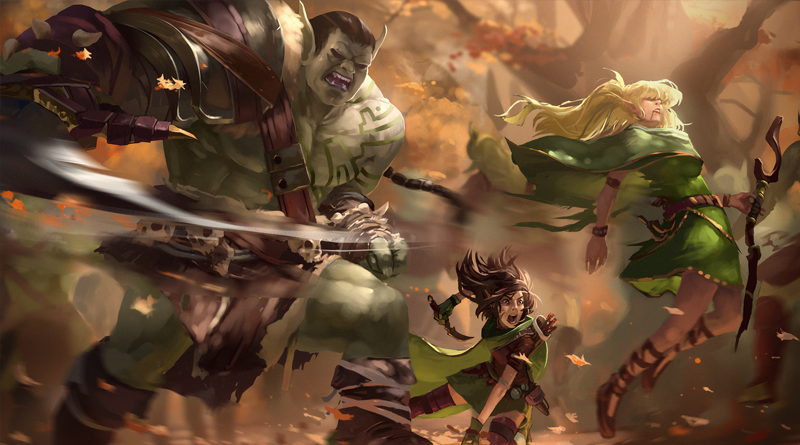 The world is comprised of many races, but for one country in particular, a single race is in charge, and they are decidedly xenophobic about any of the other races even taking a single step into their kingdom. What happens when a small group of exiles is chased from their homes into this unforgiving land?

Just because a race is xenophobic and more prominent than the others doesn’t mean that they would always present in a strong, violent manner. You could write your story as though the leading race was fearful. Perhaps propaganda has led them to be afraid of the other race.

How easily can the leading race find out that their lands are being infringed upon? Are there towers or other means of surveying the borders?
Does the exiled race react violently when they are found, or do they try to appeal to the sympathy of the other race?
Does whatever is chasing the exiled race into the neighboring land play a part in the story?

In your story, include difficulties in communication between the two races due to language barriers between them.